Sound Is a Wave (it needs a medium) Transverse vs. Longitudinal Waves medium http://dictionary.reference.com/search?q=medium

move in the same direction as the wave between 0° and 180° to the direction of the wave.

A sound wave is a longitudinal wave

move at right angles to the direction of the wave.

Water is a transverse wave


Neither the molecules in the air or those in water actually move along with the wave. Air and water are simply a medium for the wave to pass through.

Sound is a periodic event. This means that there is a fixed amount of time between different events.The Frequency component of a sound wave affects the pitch of the sound.

Frequency is measured in Hertz (cycles per second) 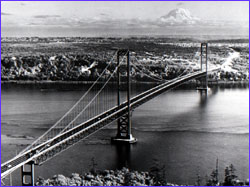 Wavelength is measured in distance (ft. of m)

The actual physical length of a single cycle of a wave

decibels as a power ratio The Bel was defined as the logarithm of a power ratio and was named after Alexander Graham Bell. The deciBel is 1/10th of a Bel. Since the range of human hearing is so large a logarithmic scale was implemented.

Decibels are based on a logarithmic scale.

here are some other good explanations

http://www.mcsquared.com/dbframe.htm this site can also do some other neat o thangs...

Review interface of soundforge and look at sound forge manual (it's in //iam.local/classfolders/MTD2) or available @ http://www.sonymediasoftware.com/download/step2.asp?DID=565