Hold mouse over for answer

The Ear and Hearing Loss

Frequency if the measure of how many cycles a wave complete per second.

Frequency (f) is measures in Hertz

The perception is frequency is know as pitch.

An octave is doubling of the frequency.

In westen music the octave is divided into 12 semi-tones

Phase in measured in degrees.

The phase of a sound has to do with the time domain.

Timbre is a descriptive word used to help describe the 'color' and envelope of a sound.

All sound is made up of simultaneous sounding tones. In the 1700 Joseph Fourier a French mathematical physicist proved that all sound can be synthesized be adding sine waves. The way these sine waves are added together make things sound different.

Timbre is made up of Harmonics and Envelope. The Harmonics define the different frequencies present in a a sound and the envelope defines the amplitude through time.

Natural harmonics are multiple of the fundamental/

Envelope is the Time/Amplitude shape of the wave. It is essentially a means of amplitude thought time. 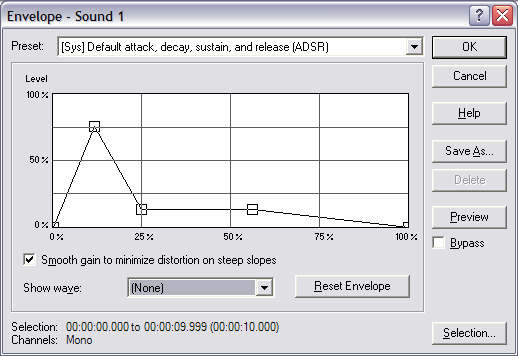 Understand the difference between transverse and longitudinal waves.

Be able to calculate frequency from wavelength or period and visa-versa.