Introduction to the Lab


There many more examples on the MTD2 Student Sites page. Be creative but make sure that you keep the design fairly simple as you will have to update the site weekly. 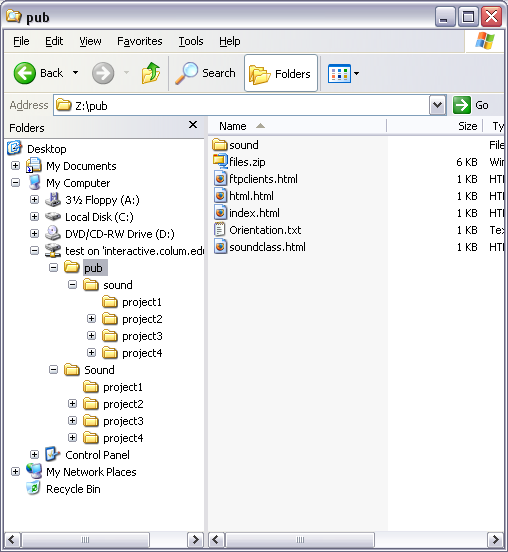 The class will consist of several small projects using each of these authoring tools and one large project that will use them all.

Framing the Discussion – Media that Move

In earlier writing I posited there are three primary media types: Static, Dynamic and Interactive. Static media have no inherent technological capacity to change in time. They are non-moving. Dynamic media include a technological means to change in time and include things like television and radio. Interactive media, which we’ll discuss in the future, have the technology to respond and adapt. Interactive and dynamic media require time to function – they are inherently serial (“arranged in a series”).

In Media Theory and Design 1 we learned that all compositions are a collage of elements, and that meaning is implied and inferred by the spatial relationship of these elements within a static (non-moving) frame. Wertheimer’s Gestalt Theory of Perception (http://psy.ed.asu.edu/~classics/Wertheimer/Forms/forms.htm) see also Gestalt Psychology http://psy.ed.asu.edu/~classics/Wertheimer/Forms/forms.htm relates a variety of ways in which meaning is inferred in static visual compositions (see a quick summary here http://coe.sdsu.edu/eet/articles/visualperc1/start.htm ).

Time-based media are no different, inheriting this fundamental quality of meaning as a function of the interrelation of elements within a frame. Furthermore, all time-based media are composed as a series of frames. So, meaning in time based media is implied and inferred about the elements within a single frame and, more significantly, typically, between one or more frames in the series. Gestalt Theory has been used to evaluate not only static visual compositions, but time-based media, like music (see this About.com article .) Time-based media, like music, enjoy the intra-frame (within the frame) “juxtapositional” capacity of static media, like when several notes are played simultaneously to create a chord. Time based media can also create meaning via inter-frame relationships, like juxtaposition of one shot in film against another in time to create an emergent, associative meaning. Serge Eisenstein is largely credited with first exploring notions of creating meaning in film through montage, an aesthetic defined in production as film editing and which helps differentiate film narratives from the media that preceded them.

Story telling has been with us for millennia, in all likelihood preceding mediated forms as an oral form of communication. We all remember the “narrative arc” lessons from grade school: Beginning – Middle – End. There were also phrases like “rising action”, “climax” and “falling action”. The narrative arc can be found in most mainstream forms of time-based media. When the narrative arc is missing it is usually by intent – the artist is trying to work against or outside the norm of narrative convention.

In The Link vs. the Event: Activating and Deactivating Elements in Time-Based Hypermedia , Hardman, et. al, posit a simple, two-dimensional model for determining the introduction of media elements onto the time line: temporal and event. Temporal elements are motivated by time, such as the “beep” at the end of the 10 count countdown in old film reels. Event-driven elements are motivated by a preceding, or causal event.