Determine the length of the scene in Premiere. 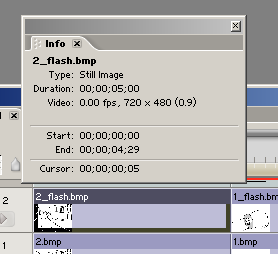 If flash has a frame rate of 15 frames a second then we are going to need 75 frames of animation. Since flash's frame rate is about half that of premiere we will need half as many frames in Flash. When we import the new frames back to Premiere we will have to remember to set each image equal to 2 frames. This is a real easy form of compression.

Create the animation in flash using the new length and the proper number of frames. I would also save this animation as a separate flash file as you may need to revise it later. 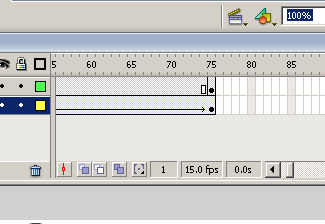 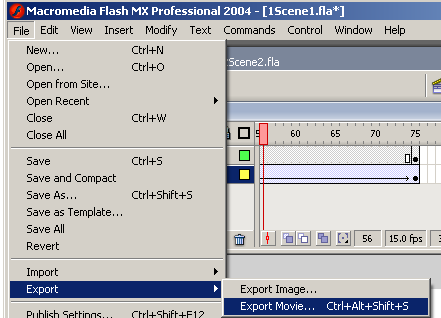 We are going to export as a PNG sequence. PNG's will be much smaller that BMPs if you want really high quality vesion we can always render out uncompressed images later, but for right now lets stick with PNGs.

In this dialog box we will also make a new folder to contain all of our exported images and decide on a naming prefix. Flash is going to export on PNG file for each frame of animation. It will prefix the image names with whatever we type in the FileName box. 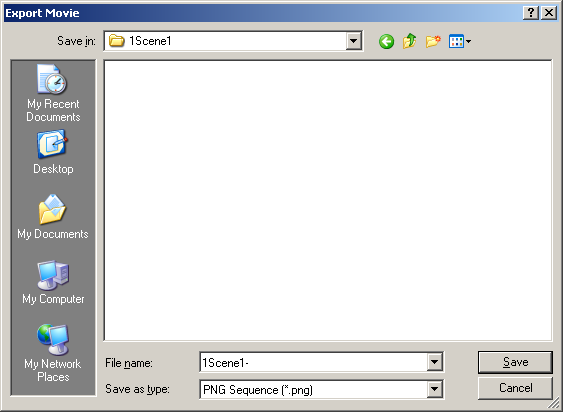 Make sure that the Include box is set to "Full Document Size" otherwise Flash may crop some of the unused stage in order to make the images smaller. We definitely don't want this

Also make user that you are NOT using 24 bit with alpha Channel. (Premiere will read the alpha channel if you export one) 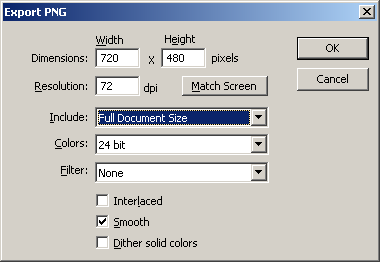 You should now have a folder full of all your images. 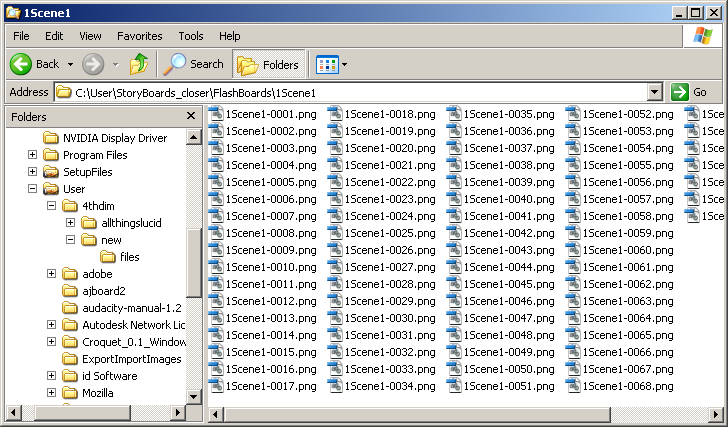 We will now import the frames that we exported from flash into premiere. 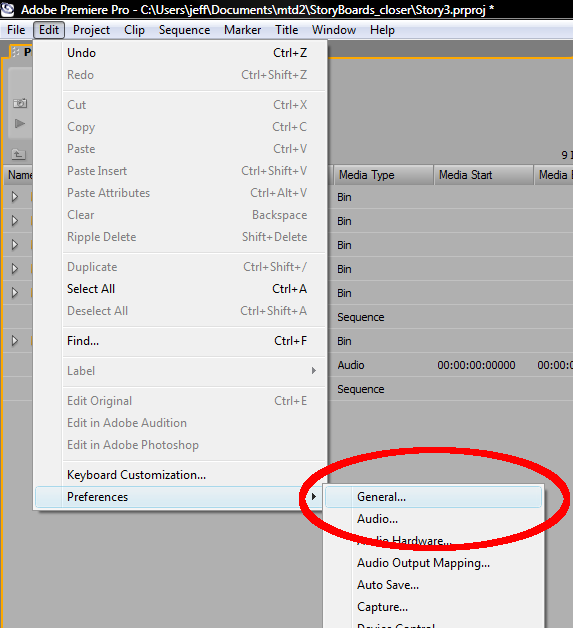 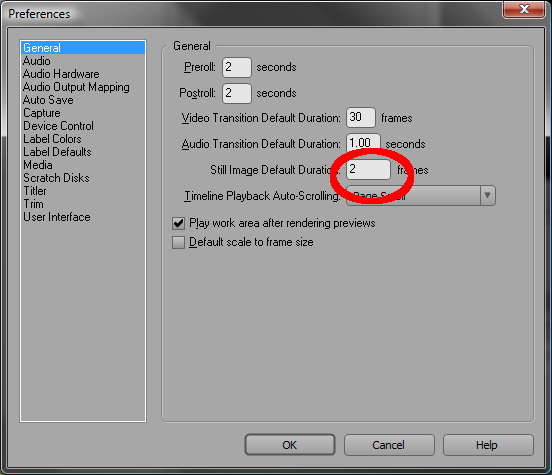 Right click on the Project folder and select Import 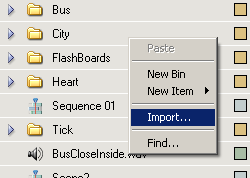 Browse to the folder you just made and select Import Folder. 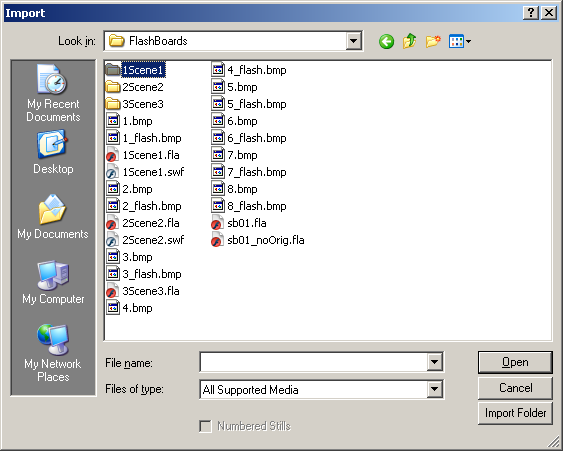 Right Click and Select New Item/Sequence. we are going to use Sequences to hold the new imported frames. The sequence will allow us to use a solid block instead of many small image files when we are editing the original sequence. 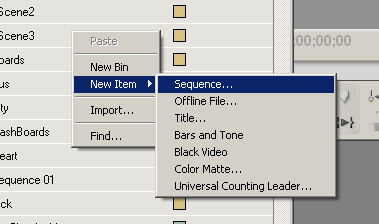 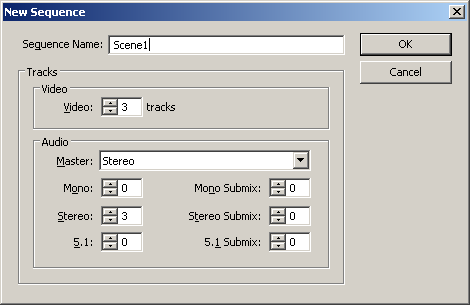 You should now see your new sequence in the timeline window. 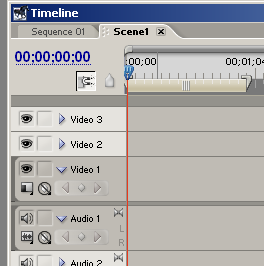 You should be able to drag the new Bin containing the imges from the project window into a video track in the new sequnce window.

You can now switch back to your original Sequence and drag the new Sequence on to the timeline. You should see a solid bar representing all the files you just imported and it should be the same size as the rough edit you are replacing. 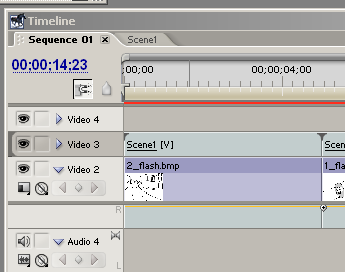 Now just wash rinse repeat until all of your stills are replaced by your sweet ainmations. --- updated 4/14/06 jeff@interactive.colum.edu