In programming, there are different relationships that can be used between your objects. Aggregation, Composition and Association are all different types of these relationships. 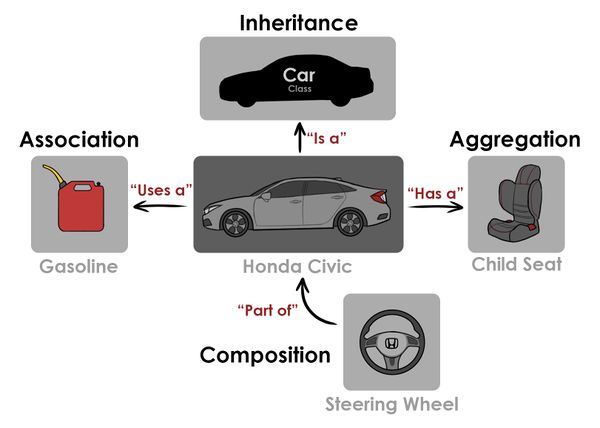 Composition is another form of aggregation, where the object is "part-of" another. This means, for the "part-of" object to exist, the other object also needs to exist. This is similar to a steering wheel or an engine to a car. If you were to get rid of the car, you would also get rid of the engine, steering wheel, and any other of its components. This is different to aggregation, which is more similar to a car and a child's car seat, where the child's seat is still part of the car, however, if you get rid of the car, the child seat will continue to exist. 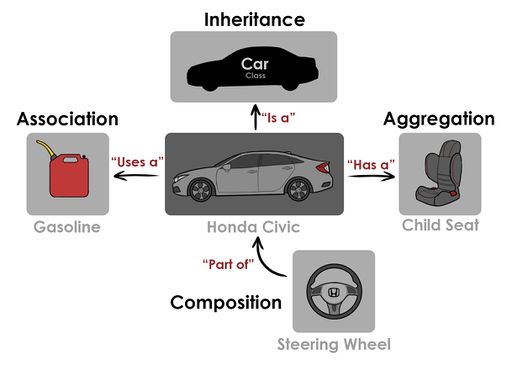